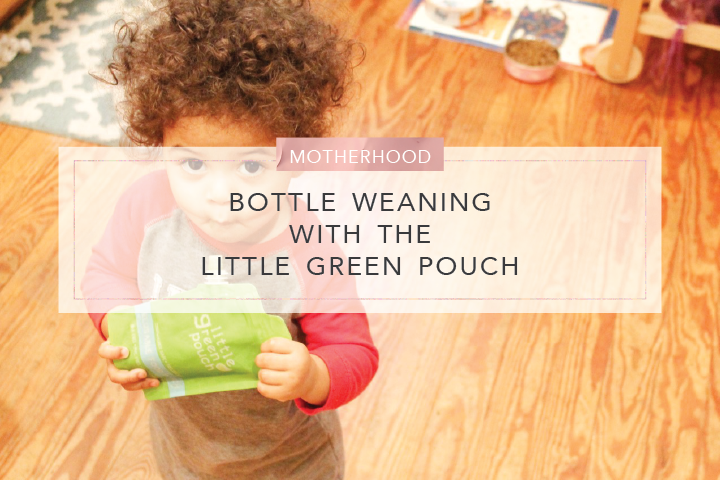 It Starts With The Adage – Eat Your Vegetables

Somehow I feel like a hypocrite even writing that title. Heaven knows I did not eat anything green as a kid, and barely as a young adult. I have to give props to my boyfriend who I met while living in South Korea (now my husband) for getting me to eat green. That’s right, a few dates with the right man, and I was willing to eat my veggies. As for my son, I’m fortunate enough that he loves vegetables. (Can’t say the same for this little girl I’m carrying. The smell of anything green makes us sick.) Westley loves eating his vegetables, whether it’s spinach straight up, or a mixed hot bowl of Korean Dol Sot Bibimbap! (Here’s a killer recipe for this Korean dish if you have the time and want to invest in the stone pot. Just thought I’d share.)

So as first-time parents, Roger and I were lucky that we’ve avoided the issue of our kid not wanting to eat his veggies. The actual challenge we faced was HOW to get the veggies IN this kid. When Westley went in for his 1-year check up, our amazing pediatrician informed us that we were a little late in making the transition from bottle to sippy cup. We tried in the past but he didn’t really take to the transition bottle we got. Since he seemed okay with solid foods, and his weight gain was fine, we weren’t concerned. Then she informed us that the issue was around his mouth and ruining its shape by leaving him on the bottle too long. Well you know that meant –  mommy got on the internet, researched bottle weaning and purchased 6 different cups for her son to make it happen.

Yeaaaa! That didn’t work. Westley waged war with every sippy cup we introduced. Seriously, it was our own personal version of The Hunger Games Games, or as I called it on a nightly basis, The Bottle Games – only one of us would survive. Every time it was Westley. Oh, the screaming and demands for his bottle…it was unbearable, especially being pregnant. I just didn’t have the patience for it. I won’t lie. While dad was at work, mom gave up and let the toddler have his bottle.

Eventually, the scary thought of braces for a toddler got to me and I decided, something had to be done. (I’m sure that wasn’t going to happen, but I’m a bit of a drama queen.) Westley had been eating solid foods for awhile. For the most part, we made his food in a blender or fed him what we’re eating. 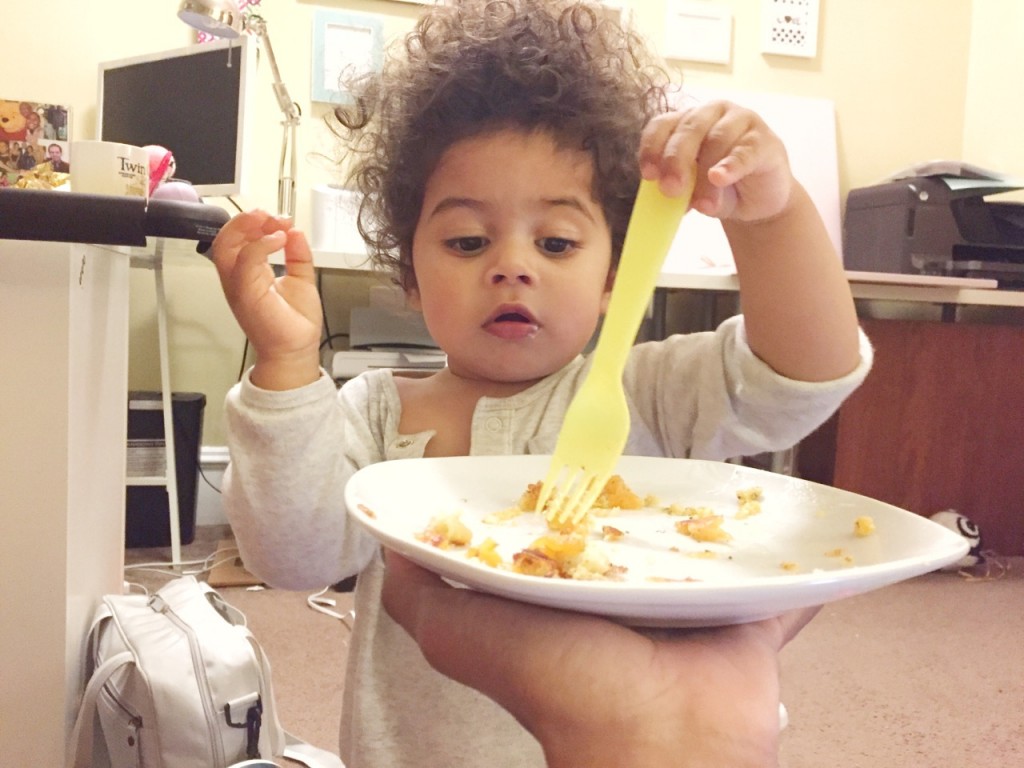 Occasionally, we supplemented his meals with Plum Organics Squeeze Pouches. Well, that got me thinking. If Westley loves to eat from those pouches, then maybe he would be willing to drink from them? 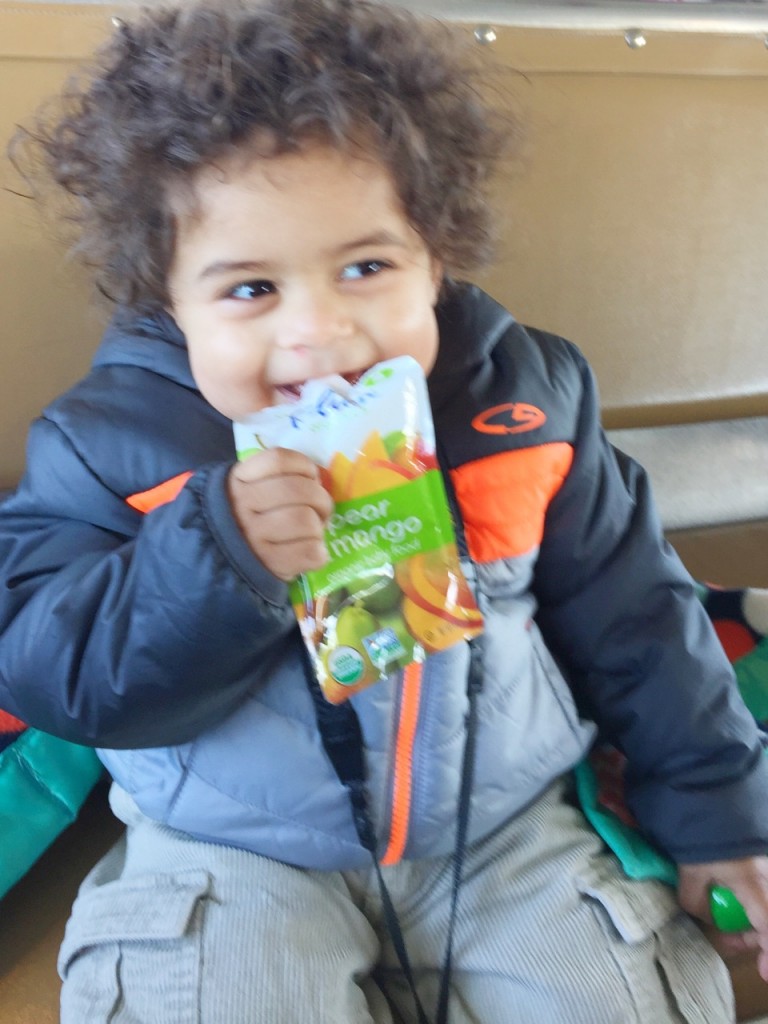 So I made my way to my favorite kid boutique, The Nesting House, and purchased a pack of Little Green Pouches. Another mommy blogger recommended these reusable squeeze food pouches, so I thought I’d give them a try. 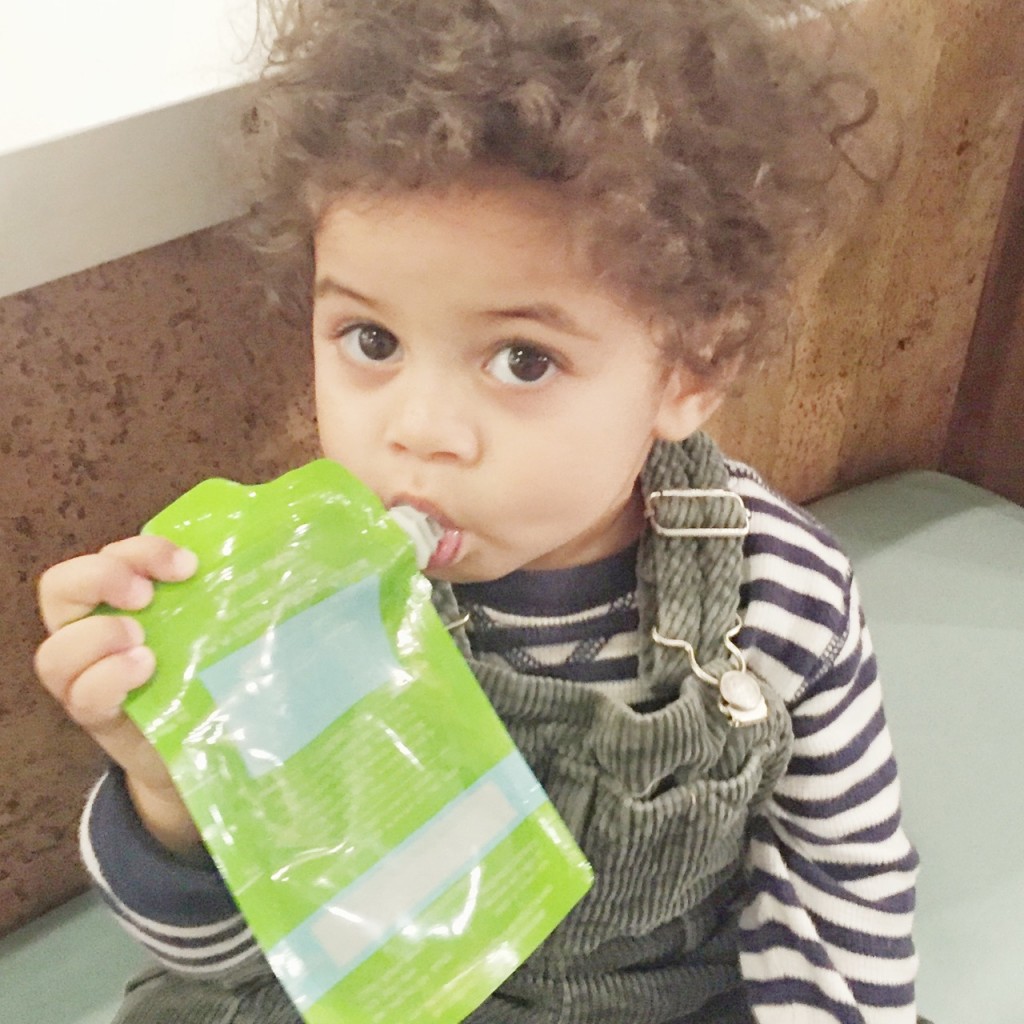 Plus everything I’ve gotten from The Nesting House has been a blessing for us. (Philly moms, please check them out. They are wonderful!!!) Happy with my purchase, I went home, filled up one of those pouches with milk and gave it to Westley. I looked at my husband with a satisfied smile because I knew this would work. AND IT DID! Westley was drinking without a bottle. Westley was smiling. Westley was happy. Westley was soaked after a minute because he laid down with his pouch and milk went everywhere. Yeaaaahhhh. Mission totally NOT accomplished.

Back to The Drawing Board

Okay, so I knew he liked the Little Green Pouch. I knew we did too. I mean it seemed like an excellent way to save money and cut down on waste. We loved the pre-made pouches, but they get pricey after awhile. Yet, we resigned to the fact that this wasn’t going to be the end-all be-all solution for going from the bottle to the cup. The Little Green Pouch simply isn’t designed for fluids. We did, however, find, that it worked perfectly for feeding green smoothies to Westley without a bottle. So it was still a huge win. 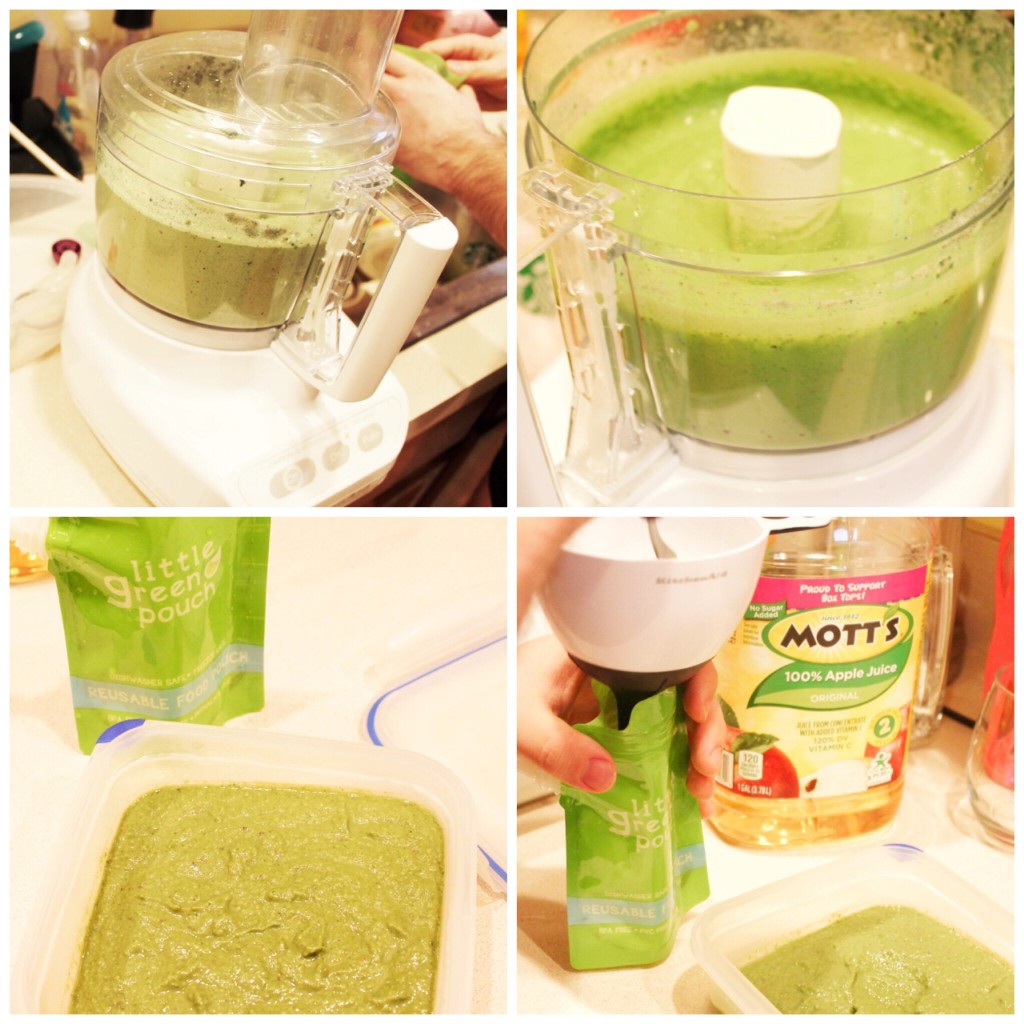 We can make his food, give him his vegetables and save money without any fuss!

But Wait, Success Was Waiting Around the Corner

As for weaning him off the bottle, well it took some time, but the Little Green Pouch eventually helped us. Because he was so used to consuming via a tube-like spout, Westley actually made the transition from bottle to a cup  via a straw-based sippy cup. The ultimate winner was the Nuby ClikIt FlexStraw. All the other brands we tried had a more traditional sippy cup top or something really odd looking. We think  Westley liked the Nuby cup because like the Green Pouch, both had pronounced spouts. Plus we were using the Little Green Pouch more frequently to make his food than we used the pre-made pouches, so he was getting more practice. 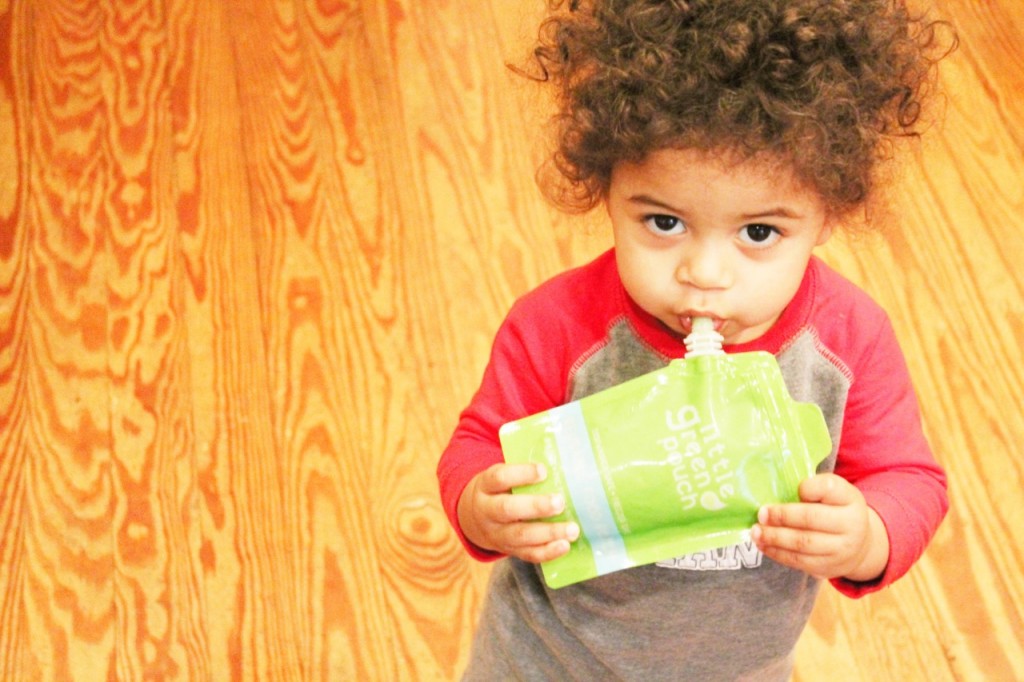 So now the battle has been won…almost. We still let Westley have a bottle in the morning and at night. Otherwise, he’s loving green veggie smoothies in the Little Green Pouch and whatever we give him to drink via his Nuby. He really likes Naked Green Machine and apple juice in those cups. He’s even taken to drinking/hijacking my Caramel Apple Spice from Starbucks. I like to enjoy those wonderful treats via a straw. Well, when Westley sees a straw, he thinks it’s for him. So now we’re starting a new war, a war over Mommy’s drinks versus Westley’s drinks. Looks like it’s a never-ending battle of good times.

Tell me if you’ve had success with the Little Green Pouches and what other methods of weaning have worked for you? Use the #Pinkimono on your social media feeds when you reply or leave your thoughts below. I’ll happily take and share your advice because I suspect the second one due this March will be completely different from her brother. That means we may need to get creative again with our bottle weaning, so share the good news! 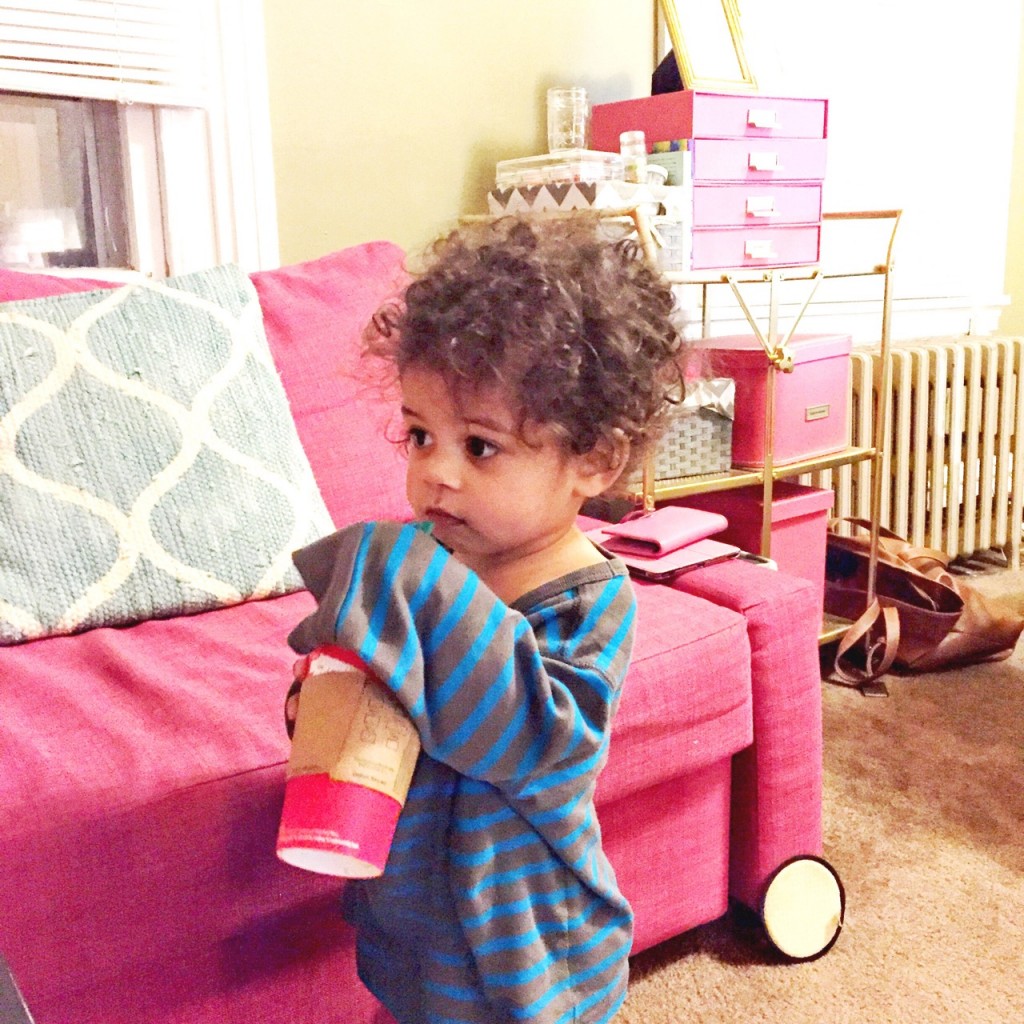 Bonus: Green Smoothies For Everyone

PS: I thought I’d share the ingredients my husband and I use in our green smoothies. Maybe your little ones will like them. Pretty much my husband mixes up the following in our Kitchen Aid Food Processor: Fage yogurt, a bit of milk, cooked kale & sweet potatoes and raw celery, spinach & green apples. Sometimes he adds cranberries. Now I’ll admit, it’s not for me. I drink a different green smoothie; frozen mangoes, cooked sweet potatoes, raw spinach, apple juice, honey, Stonyfield Fat-Free French Vanilla yogurt and 1/2 a teaspoon of sugar. I blend it in a Hamilton Beach Single Serve Blender. Truth be told, Westley loves both of these smoothies. Hope your little ones do too! Let me know what you think! 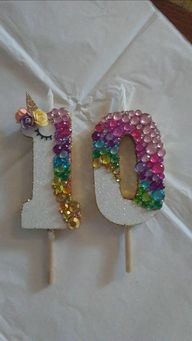 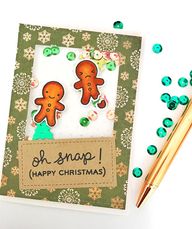 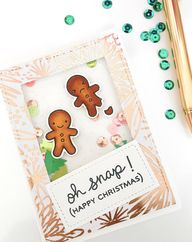 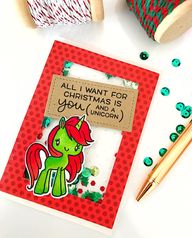 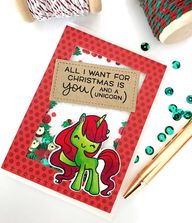 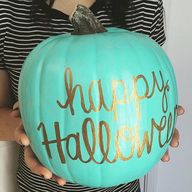 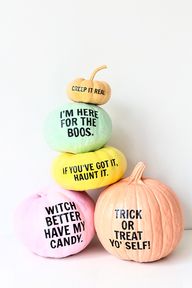 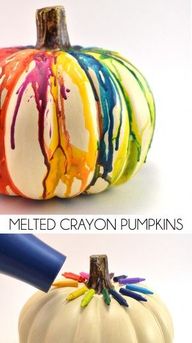 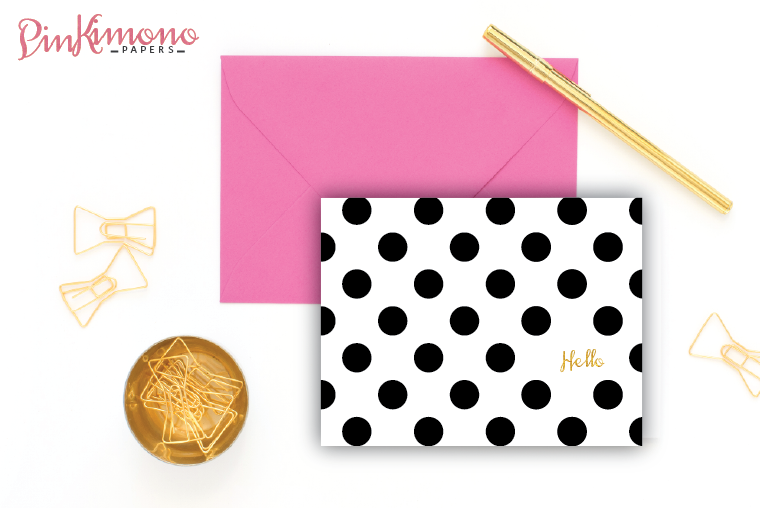 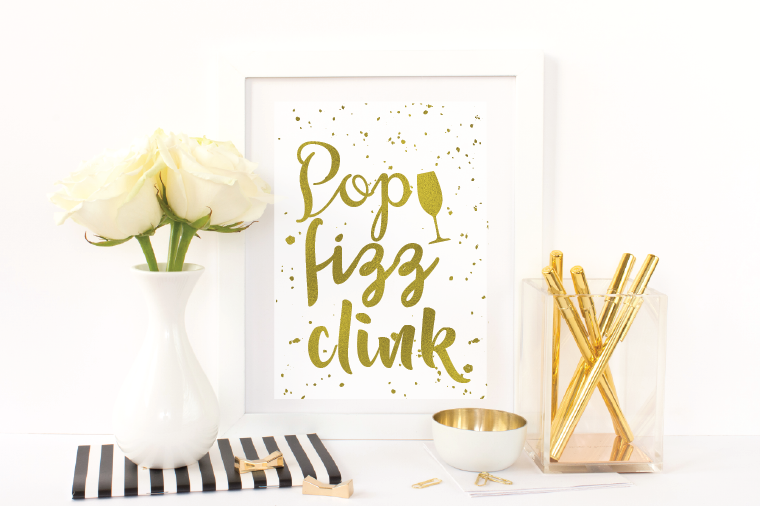